In the past, Microsoft only had a couple apps for the iPhone – Bing and Windows Live Messenger. A couple days ago, Microsoft announced the release of the iPhone version of their note-syncing program OneNote called OneNote Mobile, which will available for FREE from the App Store for a limited time. I know some of you folks use or have used OneNote in the past but for those who don’t know what it is or what it is for, OneNote is a program that’s similar to Evernote. It allows users to sync their notes on a server (cloud) and access it on any device or computer (OneNote users use a Windows Live Skydrive account).

We know people care more about what they do than where they do it. They expect technology to make that easier. They want familiarity and for things to just work. As new pieces of technology – new browsers, mobile hardware, smart phones and social networks – become bigger parts of their lives, they expect familiar technology, like Office, to help them access their ideas wherever they are. Today’s release is another step in Office evolving to serve our 750 million customers worldwide. Whether it’s on a PC or Mac, a mobile phone, or online through the Office Web Apps on multiple browsers, we continue to bring Office to the devices, platforms, and operating systems our customers are using. It should be about the ideas and information, not the device, right? 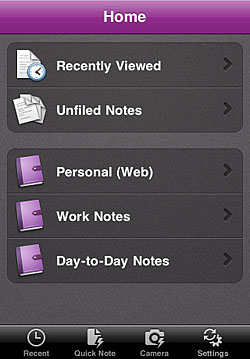 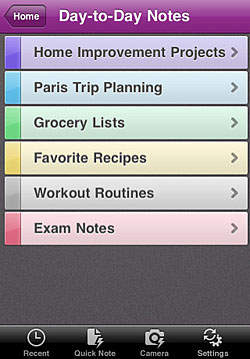 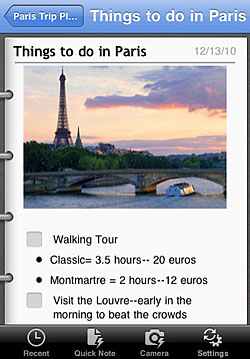 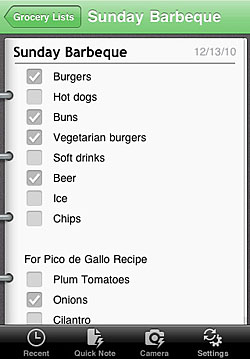 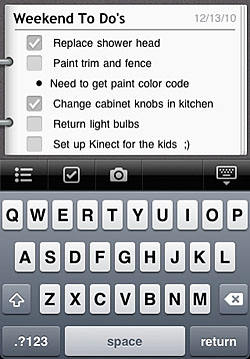 The move to create an iPhone app version of OneNote and possibly other Microsoft Office programs/productivity apps makes sense. Instead of keeping their products off from competitor’s products, embracing iOS and creating apps for it is a good way to keep clients using Microsoft products on their mobile devices than for them to start using other alternatives like iWork or Google Docs. Competitors such as Google are working hard to make their products better – enabling Google Docs editing on iOS and Android devices. 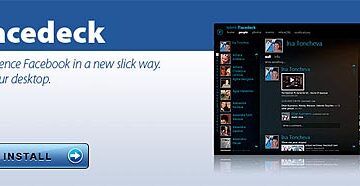 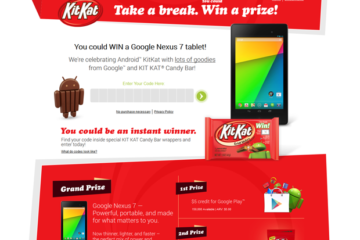 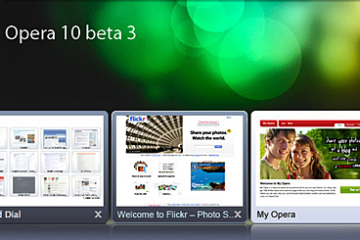