Rumors about a Firefox Mobile browser started circulating late last year and early this year, Mozilla announced that they were indeed working on a mobile version of Firefox and were designing two types of user interface; one for touch screen devices and second for non-touch screen devices. 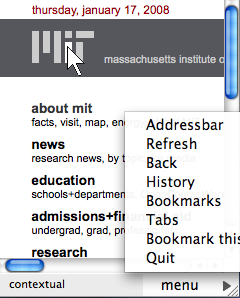 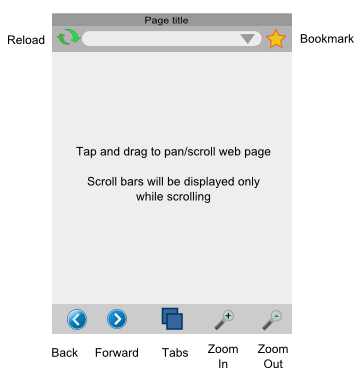 As an avid fan/user of Firefox and also a Windows Mobile user, I was very excited to hear about these developments. I thought they would never come up with a mobile browser after they ditched the MiniMo or Mini Mozilla project.

Mid this year, we saw a Firefox Mobile concept video that showed the design, controls and other features of the upcoming mobile browser. You can see the video below.

And if that doesn’t make you crave more for it, checkout these screenshots of the Alpha version of Firefox Mobile browser aka Fennec M9 used in a Windows Mobile device. (click on images to view larger version) 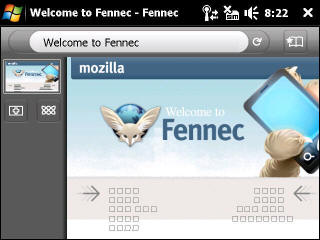 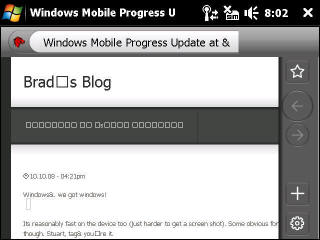 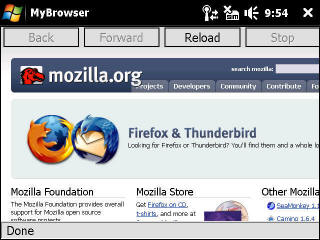 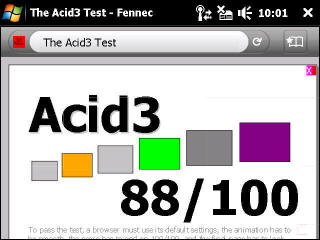 I currently have two browsers installed on my Tilt. The first one is Opera Mobile that costs $24 and the other one is Skyfire, a free mobile browser but still in open beta testing (requires signup). I really like both browsers because they are full-featured and render pages really well unlike the Internet Explorer Mobile.

Although I like Opera Mobile and Skyfire, I’m still looking forward to the release of Fennec M9. Why? Because its free and it’s the mobile version of Mozilla Firefox. Aside from that, I also love the UI (user interface) and controls. Based on what I’ve seen from the concept video, I can see how easy it is to navigate, zoom in and out of the page, open several tabs and organize them in the main screen. In Opera Mobile, you’re only limited to a maximum of 3 tabs. I can’t wait to get my hands on Fennec M9 and try it out on my phone.

I don’t know why it took so long for Mozilla to come up with a mobile version of Firefox and Opera has had a huge head start with Opera Mini and Opera Mobile. But better late than never, right? If Fennec can perform better or just the same as Opera Mobile, I think Mozilla will be able to get a good share of the mobile browser market because Fennec is free and they already have a large amount of users and followers.

What are your thoughts about the Firefox Mobile browser aka Fennec M9? Do you think it’s too late for Mozilla to come up with a mobile browser version of Firefox? Would you replace your current mobile browser once Fennec is released?

NOTE: I started writing this post two weeks ago and wasn’t able to publish it. I found out recently that the alpha version of Firefox Mobile browser aka Fennec M9 has already been released to the public. Right now it is only available for the Nokia N810 Internet Tablet. 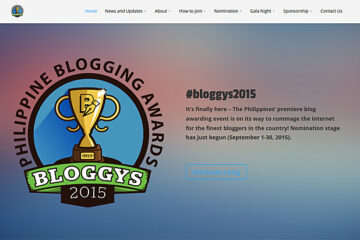 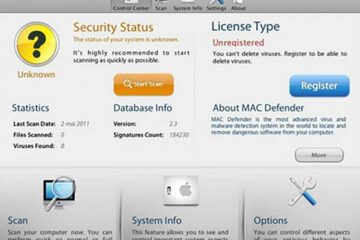 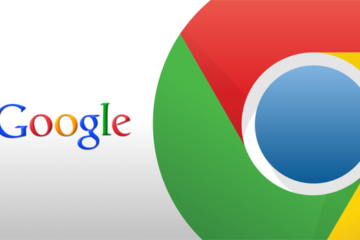