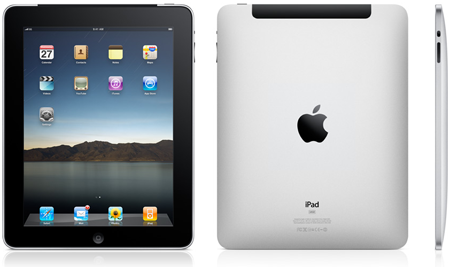 After the successful launch of the Apple iPad early this month and with more than 300,000 units (WiFi-only model) sold on the first day alone, Apple will be releasing the iPad WiFi + 3G model later today. The WiFi + 3G models will cost an extra $130 over the WiFi-only models. The 16GB model will retail for $629, while the 32GB model is available at $729 and you can get the 64GB model for $829.

Aside from the $130 premium, customers who want to take advantage of the 3G capabilities of the WiFi + 3G model will have to pay for an AT&T data plan. Customers have two options, first is $14.99 for a 250MB data plan and $29.99 for an unlimited data plan. What’s good about these plans are they are contract-free, meaning you can close the account anytime you want. Btw, Apple has an order limit of only two units per customer.

Anyone of you guys planning of getting the Apple iPad WiFi + 3G model today?

Lala.com Shutting Down May 31st

By  JP Habaradas
Do NOT follow this link or you will be banned from the site!
Share this ArticleLike this article? Email it to a friend!
Email sent!