Most WordPress users are afraid to upgrade their WordPress install to the latest version because of plugin compatibility issues. To address that issue and in an effort to make WordPress core, plugin and theme upgrades less stressful and painful, the WordPress dev team has released a new “Compatibility” feature in the WordPress plugin directory. Developed and launched by Automattic’s Quantum Bug Creator – Michael Adams, this new is user driven and will be powered by user votes.

When viewing a plugin in the directory, select a WordPress version and a plugin version from the drop-downs. If there has been feedback about this WordPress / plugin version combination, we’ll show you what percentage of responses marked that combination as compatible vs how many marked it as incompatible.

If you log in, you’ll be able to help us gather this information! Just select a WordPress version / plugin version combination and click the “Works” or the “Broken” button. Please note that this shouldn’t be used to report minor issues with a plugin. You should mark a plugin as “Broken” only if its core functionality is truly broken when run on the specified WordPress version.

As of the moment, the WordPress team is still gathering information so there isn’t much information for most plugins. Everyone (all WordPress users, developers, theme/plugin authors) are encouraged to help out by casting votes on all the plugins. Don’t just limit your votes on “broken” plugins, also cast a vote for a plugin if it works on the version of WordPress you’re running on your blog. That way, there will be more information for each plugin in the directory.

For the developers out there, the WordPress dev team has included this data in the API. The plugin_information action returns a “compatibility” member with a multidimensional array format:

If the API determines the WordPress version you’re running, the API will return the compatibility information for the specific version of WordPress.

I like this new feature and I’m sure its gonna be very helpful and useful for a lot of WordPress users including myself. Kudos to Michael Adams for developing this new cool feature! 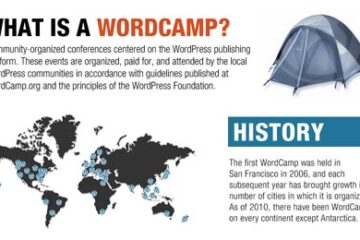