Here’s an update for all you WordPress users out there who use their iPhones, iPads or iPod Touch for blogging. WordPress for iOS version 3.7 was released a couple days back by the WordPress for iOS team and is now available for download from the App Store.

WordPress for iOS 3.7 features a revamped Reader that is built with 100% native code. It now works faster and looks more pretty than the previous version. If you haven’t tried using the Reader from your WordPress app, this tool allows WordPress.com users to read posts from blogs that they follow, view posts that they like and also their favorite topics. Other improvements included in this latest version are under-the-hood improvements for Accounts Management, several bug and crash fixes, the View Admin option now opens in Safari instead of within the app and support for the Thai language. 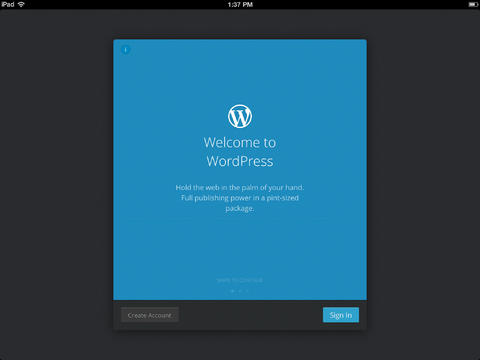 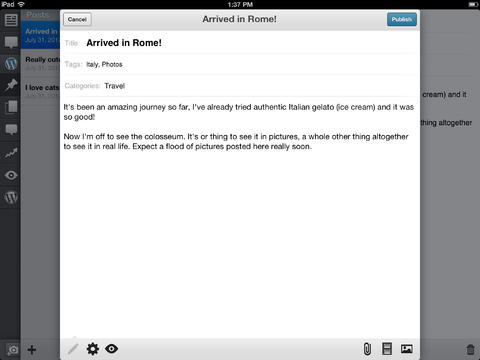 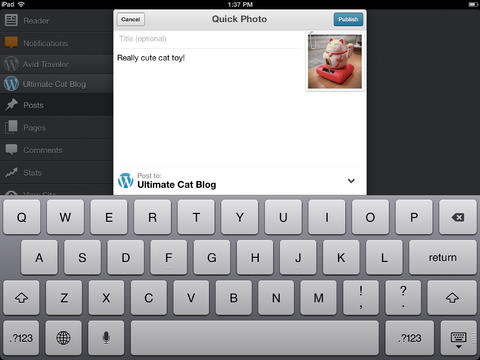 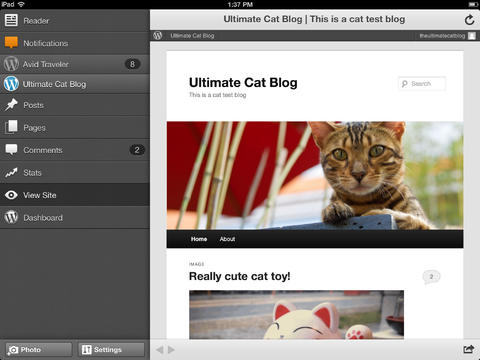 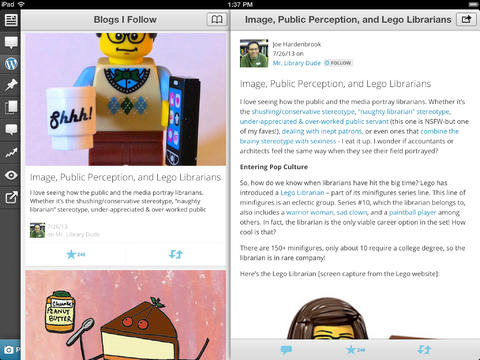 The dev team is also working hard to make the app ready for the release of iOS 7. If you’d like to help in the development of the WordPress for iOS app, head over to http://make.wordpress.org/mobile or if you’d like to give some feedback, just leave a comment on the official blog or send a tweet to @WordPressiOS

You can download WordPress for iOS 3.7 from the App Store via your computer or also via the App Store app on your iOS device. This version is compatible with any iOS device – iPhone, iPad, iPod Touch running iOS 5.0 or later and is optimized for the iPhone 5. 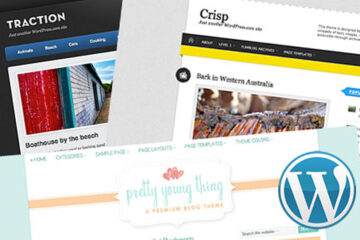