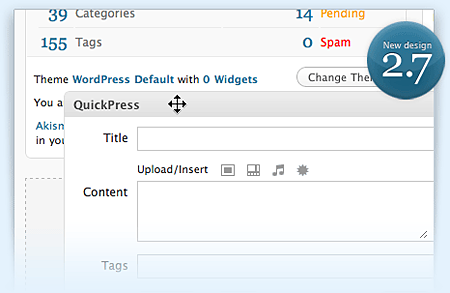 A week after releasing it in WordPress.com and a day after releasing Release Candidate 2, the dev team finally released WordPress 2.7 “Coltrane” to the general public. This version of WordPress is named after American jazz saxophonist and composer, John Coltrane.

I know this is a little bit late and I know that some of you aren’t that excited about WordPress 2.7 because you’ve already tried and used the beta and release candidate versions. However, there are still some who haven’t tried it yet or haven’t even seen what it looks like. For those who are new to WordPress 2.7, here’s a special video created by the dev team as a visual introduction to the latest version of WordPress.

Personally, I think this is the best WordPress release to date. Why? Because it covers almost all the features and options that I’ve been looking for in WordPress in a long time. From the main dashboard which you can customize and rearrange drag-and-drop style, the ability to reply to comments right from the dashboard, installing plugins directly from WordPress.org’s Plugin Repository, creating sticky posts, the comment moderation keyboard shortcuts and last but not least, the built-in upgrade feature. Not only does this new version of WordPress look and feel better than previous versions, some of the features I mentioned saves time and make regular tasks more convenient for users.

Unfortunately, with almost every new version of WordPress (especially ones with a lot of changes) comes issues with themes and plugins and WordPress 2.7 is not an exception. Before you upgrade your WordPress installation, you have to check that your themes, plugins and hosting provider work or don’t have any conflicts/issues with WordPress 2.7. One of the reasons why I wasn’t able to do the upgrade right away was because I wanted to be sure that everything would be okay after I do the upgrade. First thing I did was to back up my WordPress database, then check my theme files, check the plugins for conflicts/issues, deactivated all plugins and when I was confident that everything was ready, I proceeded with the upgrade. The upgrade process was fast and smooth. Thankfully, there were no hiccups or problems whatsoever.

So far I haven’t heard or read of anyone complaining or reporting problems after upgrading to WordPress 2.7, except for my blogger friend ia who noticed that after doing the upgrade, the WordPress version displayed on her blog’s meta tag was “abc” while on her dashboard it shows “WordPress 2.7”. Weird! She also pointed out a support topic on WordPress.org’s forum where someone posted a fix but for an earlier version, not 2.7. I’m not sure if it works or not because when I checked her blog it still shows “abc”, but in case you encounter this problem you can try it out. If you do know how to fix it or figure out a solution, kindly share it with us.

Btw, it’s only been a day since WordPress 2.7 was released but the dev team are already busy fixing bugs for 2.7.1 and thinking of features for 2.8.

Any of you guys who haven’t upgraded to WordPress 2.7 yet? What’s keeping you from upgrading? For those of you who have, what are your first impressions of Coltrane? Do you like the new user interface and the new features? Why or why not? Please share your thoughts. 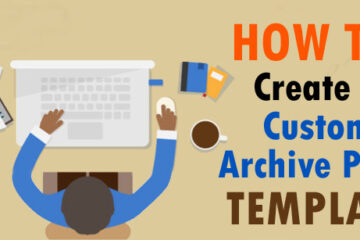