The first and last WordCamp I attended was WordCamp Las Vegas. I planned and was really hoping to attend WordCamp LA last year but due to some conflict in schedule, I wasn’t able to. This year’s WordCamp LA is scheduled in September and I hope I could make it this year.

WordCamp Orange County will be held on April 24th, 2010 at the Social Science Plaza A, SSPA 1100 and Social Ecology 2, Room 1304 classrooms of the University of California Irvine starting from 9 AM – 6 PM. Check out this custom Google map for more detailed information regarding the venue.

Speakers for this event are:

WordCamp Orange County has a very interesting and diverse line-up of speakers so I’m sure the attendees will be learning a lot of coo stuff during the event. I wonder if Matt Mullenweg will be attending.

If you’re a WordPress developer or user living in Southern California or nearby areas, don’t miss this opportunity to attend WordCamp Orange County. Registration is $40 that will include a WordCamp OC tshirt, box lunch and some WordPress schwag. Organizers will also be raffling off some giveaways. If you’re planning on attending, make sure you do it quickly because the first 100 gets a 20% discount. Get your tickets here.

WordCamp Orange County organizers will have a Sunday surf (water sport not online web surfing.hehe) session the following day at the Huntington Beach. So if you plan on attending, make sure you bring your surf boards, board shorts or wet suits and get ready to ride some waves.

Unfortunately, I won’t be attending WordCamp OC because of a conflict in schedule. I was really excited when I found out about it and was hoping to attend. I’m sure its gonna be lots of fun! Oh well, maybe next year.

Anybody attending or planning to attend WordCamp Orange County? 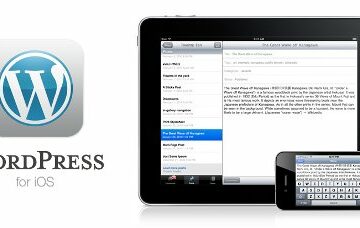