As promised, here are some of the photos I took during WordCamp: Las Vegas. I didn’t post all of it because some aren’t that good and/or blurred. I totally regret not taking more photos but I’m happy because I was able to have my picture taken with the organizer John Hawkins, Lorelle VanFossen and of course the birthday boy, Mr. WordPress himself, Matt Mullenweg. 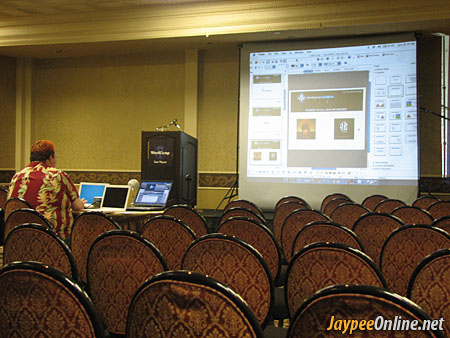 Setting up the sound system 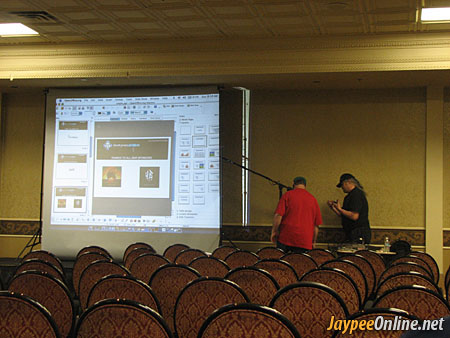 Getting ready to start the program 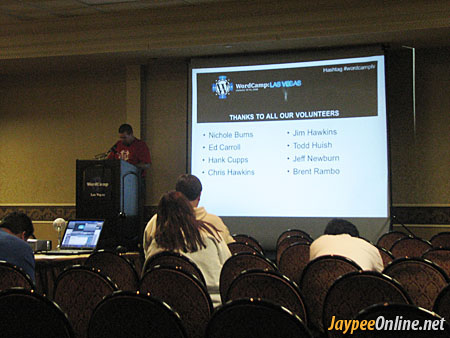 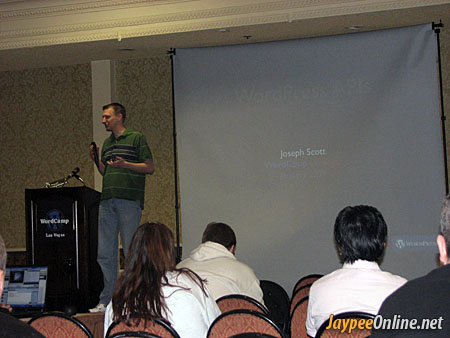 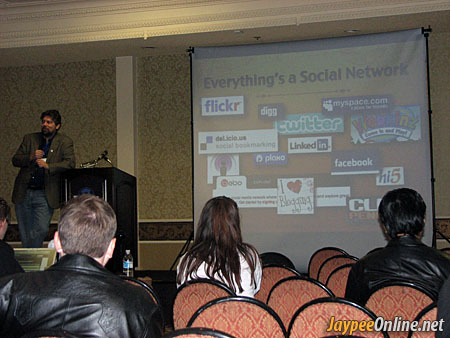 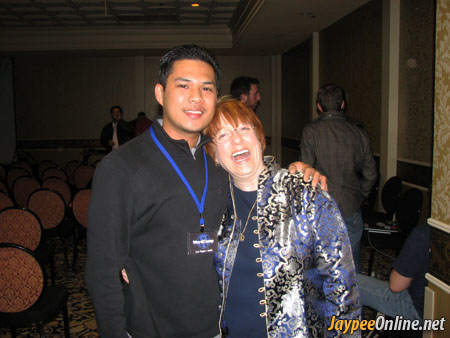 With Lorelle and my friend Allan 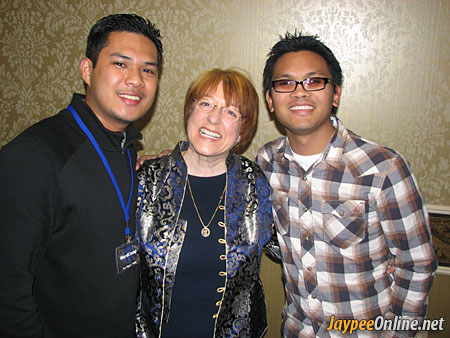 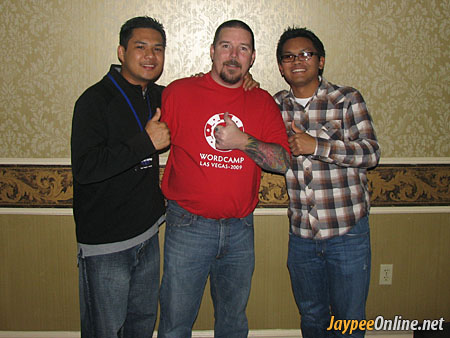 Me and my friend Allan with Matt Mullenweg 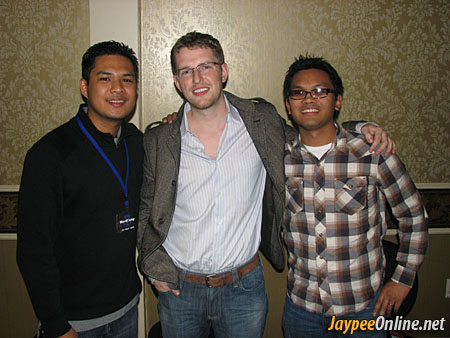 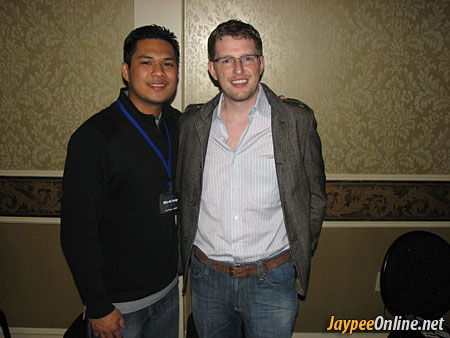 WordCamp: Las Vegas was a BLAST! I’m saying that even though I only attended day 2 of the event. This was my first time to attend a WordCamp, so just being there was already a very nice experience for me. I enjoyed and learned a lot from the talks of Joseph Scott (WordPress XML-RPC APIs) I learned something new, AtomPub; Dave Taylor (How to screw up your reputation with a single blog post, comment or tweet) great reminder to think twice before posting anything on the web; Liz Strauss (From blog to community) start small..think big; Warren Whitlock (Using Twitter to promote your blog) reciprocity – helping others to help yourself; Micah Baldwin (You Are The Center of Your Universe) personal branding – “influence is the name of the game” and Jim Turner (Blogging for a Living).

For those of you who know me personally, know that I’m a shy person and I wish I wasn’t because I missed the opportunity to talk and network with other attendees/bloggers because I was too shy to approach them. Inspite of that I was still able to have a short chat with Joseph Scott of Automattic, Lorelle VanFossen and Matt Mullenweg after the program. I’m hooked to WordCamps and looking forward to next year’s WordCamp Las Vegas. Frosty of WPCult is planning to organize a WordCamp in Los Angeles and I sure hope it would push through because I’ll most definitely attend it.

If you’d like to see more photos of WordCamp: Las Vegas, you can check out these links:

*Thanks to Jim Courtney of Skype Journal for taking the photos with Lorelle and Matt.

Btw, I have an extra copy of the Twitter Revolution book by Deborah Micek and Warren Whitlock that I’m giving away. For now, I’m still thinking on how I’ll do it but for sure I’ll let you guys know in the coming days.