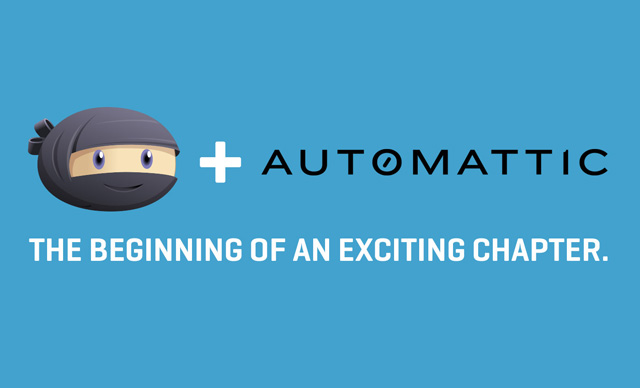 Found out some great news early this morning on Twitter that Automattic has just acquired one of the popular premium WordPress theme and plugin providers – WooThemes.

Matt Mullenweg, founding developer of WordPress and also the founder & CEO of Automattic announced the acquisition on his blog:

For years, we’ve been working on democratizing publishing, and today more people have independent sites built on open-source software than ever before in the history of the web. Now, we want to make it easy for anyone to sell online independently, without being locked into closed, centralized services – to enable freedom of livelihood along with freedom of expression.

It’s not a new idea: at a WordCamp a few years ago, someone stood up and asked me when we were going to make it as easy to create an online store as we’d made it to create a blog. Everyone applauded; there’s long been demand for better eCommerce functionality, but it’s been outside the scope of what Automattic could do well.

That changes today – drum roll – as WooCommerce joins the Automattic team to make it easier for people to sell online.

Below is a short video explaining more on WooThemes joining Automattic.

WooThemes has also released a separate announcement on their blog. Existing WooThemes customers need not worry because the brand and its service will be retained and will continue to provide service/support to customers. The only difference is that WooThemes products would now be a part of the list of products available/offered to WordPress.com users.

This is great news for the WordPress.com users who want to use WooTheme’s premium WordPress themes as well as for those who plan to implement e-commerce on their existing sites because WooCommerce – WooTheme’s popular e-commerce toolkit, would eventually be added as a premium add-on for WordPress.com accounts.

I don’t think any changes when it comes to users like me who run self-hosted WordPress sites except that WooThemes products would probably get better as they’ll have more resources and help from Automattic and the WordPress dev team.

WooThemes has been a generous sponsor for several of our previous giveaways here on JaypeeOnline and I’m very happy for them. Congratulations to Mark Mullenweg, the Automattic team, Adii Pienaar, and co-founders Mark Forrester and Magnus Jepson as well as the entire WooThemes team!