Technology is advancing day by day to ease our work and that’s the same case in the field of blogging. Earlier, the blogging platform doesn’t had the advanced features as compared to WordPress and hence restricting people with limited customization.

The most important tool that was provided for ease in blogging is plugins. Plugins are basically some written codes combined in the form of a program which is made for a specific task. Most plugins are available on the internet for free while some are paid and can be chosen according to budget.

If you have not started your blog because of some budget issues then do it today by reading this SureJob post to create it for free and install plugins given below to get an immediate boost in Google search.

Plugins also result in a positive way for SEO too. Below mentioned are some of the Best Plugins That Boosts Your Google Ranking. 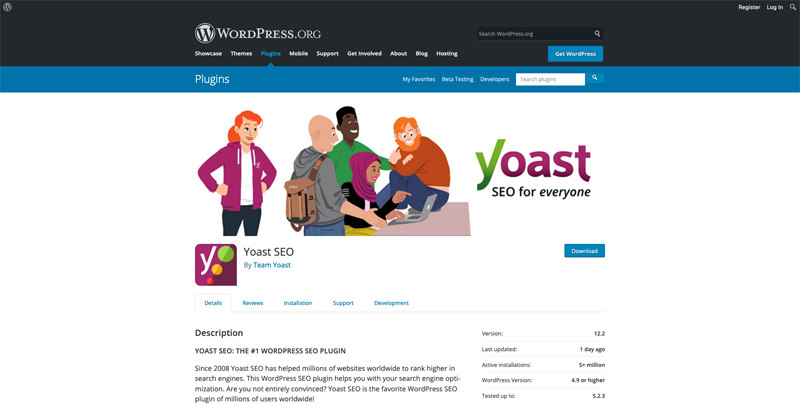 Well as a blogger, many might know or have come across this plugin. There may be many similar plugins but Yoast Seo plugin is my personal favorite.

Yoast Seo is just a must-have plugin as it lets to check the readability and on-page SEO at the same time. One can easily have a track over the number of times a keyword has been used or the passive reading of the post.

Also, it shows the keyword density along with image customization. Also, the best part is that it lets create sitemaps and so we can easily submit it anytime.

Permalinks can also be changed here as we know the default permalinks are sometimes hard to read. Adding a preferred permalink with keywords can really boost the SEO of the site instead of ugly URLs.

The redirecting of pages is simple here. For example, you update a new post or page but notice that the old post is still receiving the most traffic, then redirection of the page can be done with ease with the help of this plugin.

In simple words, if you require guidance for site’s SEO then Yoast Seo is a better option and also for Boosting Your Google Ranking. 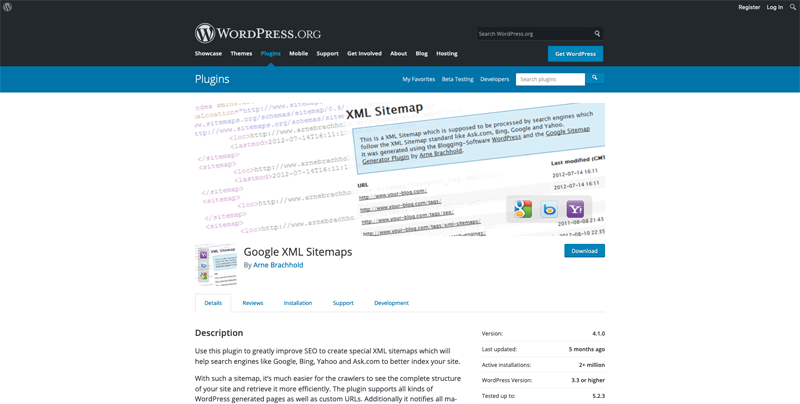 Have the issue of indexing the post on google?? Then this plugin surely serves the purpose.

Posting or writing blog posts is not enough if the post doesn’t get indexed on google. Well, the Google crawlers will eventually find your site but to speed up the process, this plugin will surely help. Submitting a sitemap helps the crawlers to check the complete structure of the blog.

The process is simple, just install the plugin and activate it. Then go to Settings > XML-Sitemaps and can easily copy the sitemap from here and paste it to Google Search Console for faster indexing.

Google XML Sitemaps plugin is thus a good plugin to have and its simple interface makes it comfortable to be used by anyone. 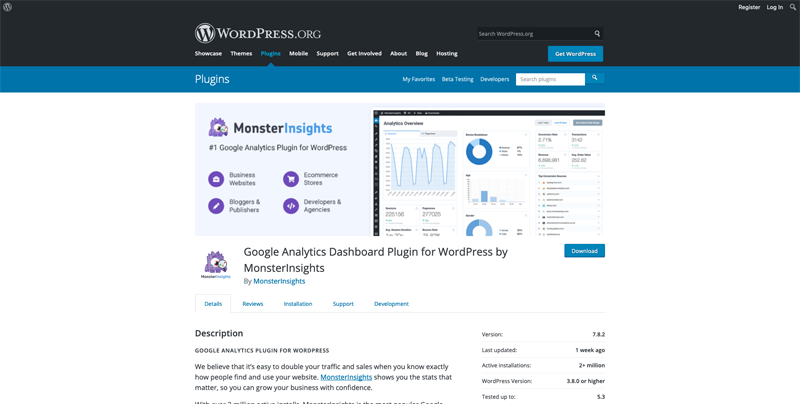 Everyone is familiar with google analytics and has surely used it to track our web traffic. This plugin is thus related to that.

The advantage of this plugin is that you don’t have to continuously change the tab to track the insights. This plugin thus let’s track Analytics data from the WordPress dashboard itself.

This can save some time as no time will be wasted on switching tabs and thus track site stats in a more efficient way. Another interesting feature of this plugin is that one can track the outbound bound links and the number of downloads from the website.

As a blogger, you might have felt the need of knowing the interest of your visitors and Google Analytics by MonsterInsights thus ease the work.

Well, there is a pro version of this program. So when you are going well and making a good income from your blog, then you can switch to the pro version. Some features like popular post/page tracking and 404 error pages can easily be detected here.

Ending here, I just want to say that the free version is just fine and recommended for the initial level. As you grow and start earning, you can then move to the pro version. 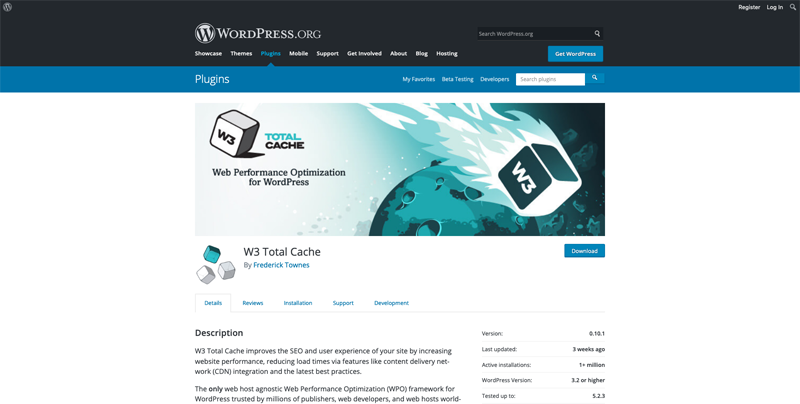 Well, do you know that the site which loads faster has higher chances to rank in the top? If yes, then you heard it right. The quicker a site loads the better are the chances of that particular site to rank and drive traffic.

To make the site load faster, W3 Total Cache plugin thus plays a major role. The work of this plugin is to remove all whitespaces from the files hence making them smaller in size. Google also mentioned in one of their interviews that the loading time of a site is a major ranking factor and thus can’t be overlooked.

W3 Total Cache has some great features like Page Caching. Page Caching is thus serving the static pages whenever it can. You can configure what should be cached and the duration the cached last before it expires.

Minify is another feature that can minify files such as HTML, JavaScript, and CSS. It thus helps to remove the whitespaces in the files hence making the files smaller and loading the site comparatively faster.

Database Caching is another feature that speeds up the site’s loading speed. The only thing to take care is that the data doesn’t corrupt during the process.
After applying the plugin, one can check the load speed and analyze the difference. 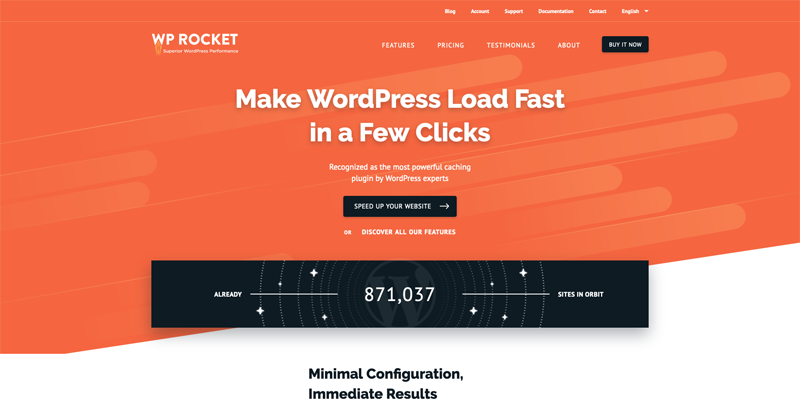 WP Rocket is also among the Best Plugin That Boosts Your Google Ranking. Everyone identifies the value of a fast loading site and this plugin helps in caching the site and improving the website’s performance.

Some important features of this plugin are – gzip compression, page cache, and cache pre-loading, etc. This plugin narrows the load time as it reduces the resources required in loading all PHP queries.

There is also an option of lazy loading on media files. Well, everyone likes a fast loading site so this feature thus loads the whole text content of the site and then gradually loads the pics and videos.

WP Rocket also reduces the number of HTTP requests which eventually loads the blog faster.
Although this is a paid plugin, once you started making money online than it is a good idea on investing in WP Rocket.

Yet Another Related Posts Plugin (YARPP) 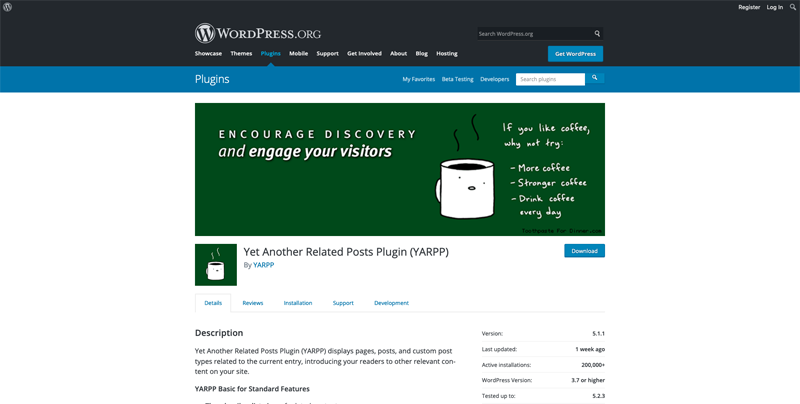 Every blogger takes good care of bounce rate of their site because they realize what effects a higher bounce rate will lead to. The lower the bounce rate, the more chances it creates to rank higher.

To tackle this issue of bounce rate, yet another Related Posts Plugin can help to a great extent as it shows all the posts and pages related to the displayed content.

This feature thus helps to keep the visitors interested and they tend to spend more time on the blog.
Added, this plugin has an advanced algorithm that helps to bring the best-related posts on the top. 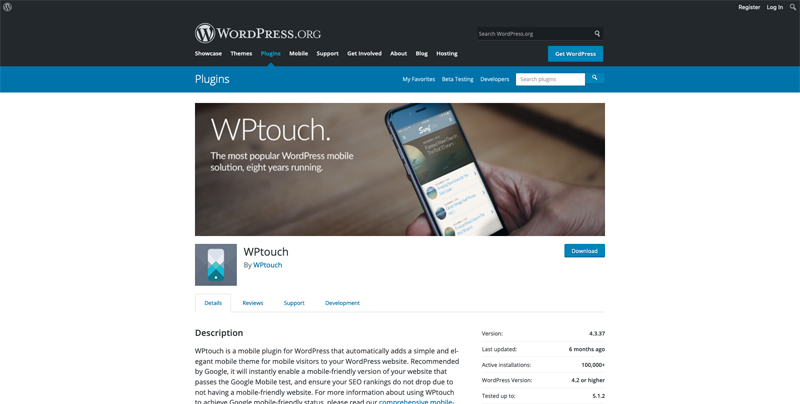 In this era where most people have access to mobile phones it is important to have a mobile-friendly website for better visibility. Websites which is not mobile-friendly is really missing out the opportunity reaching more people.

After installing the WPtouch Mobile Plugin, it automatically adds a simple mobile theme to your WordPress site and thus gives a smooth experience. Although this doesn’t affect the theme for desktop users.

WPtouch Mobile Plugin is recommended by google and thus improves the site’s SEO by loading faster. Faster loading doesn’t let you drop in the rankings and thus keeping a stable earning source.

Also, a famous blog Marketing Land says that the site which is mobile-friendly has a digital media time of 65% more compared to desktop users.
Thus it’s a really good plugin to go with for better performance and higher ranking. 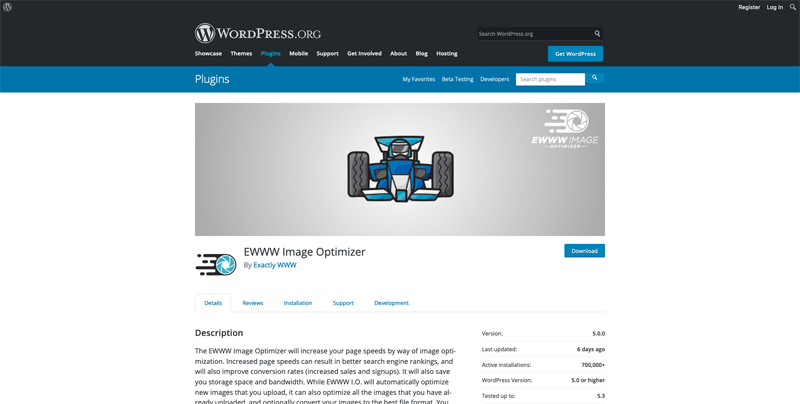 As already discussed a faster loading website always has an upper hand in terms of ranking. Image optimizing here is a major task and so EWWW Image Optimizer plugin is one of the best plugins to optimize images.

Along with SEO optimized images, this plugin also lets to insert Seo Friendly alt and title tags in every image. Many people tend to rank the images too by adding keywords in the title attribute or description. A ranked image can also drive a hell lot of traffic.

So in order to avoid SEO mistakes, this plugin is a must and is also among the Best Plugin That Boosts Your Google Ranking. 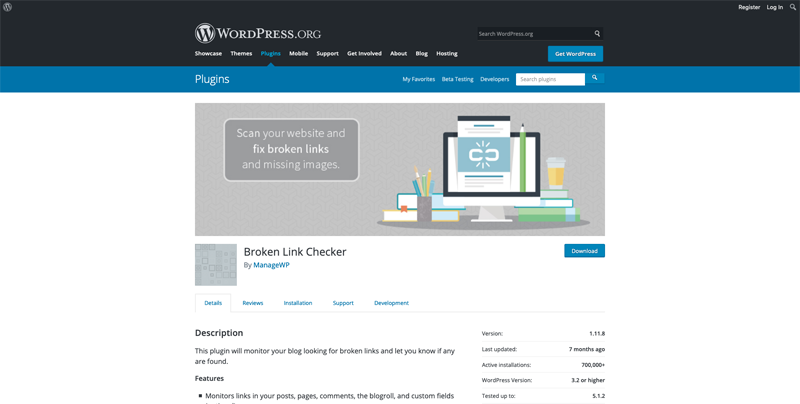 This is one of the most useful plugins as it helps to check the broken links which affect the site’s SEO. By activating this plugin one can easily detect which link is not working or redirecting.

Also after activation of this plugin, one can receive notification regarding errors through the dashboard or email. Another advantage here is that links can easily be edited from the plugin’s page with no need for manual editing. You can then easily work on those broken links by either updating them or unlinking for the betterment of the blog.

A recommendation is that the broken links should be taken care of as soon as you see them, because once it gets plenty in number, then it becomes a tough task to remove them.

Sometimes we start on free platforms such as Blogger and then think of moving to some advanced platforms like WordPress. In such cases, this plugin proves to be an asset as it helps in the redirection of the links.

Well above mentioned are some of the best WordPress plugins that boosts your Google ranking. There are lots of other plugins available too which works truly fine but the above-mentioned plugins are recommended by many experts. Hence opting for them can be a good idea.

One thing to keep in mind here is – not to upload too many plugins because a large number of plugins can increase the load speed of the site having an adverse effect on the site’s SEO. 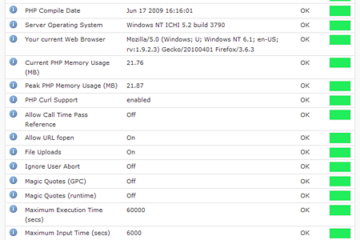