Why Dvorak is Wrong about Apple 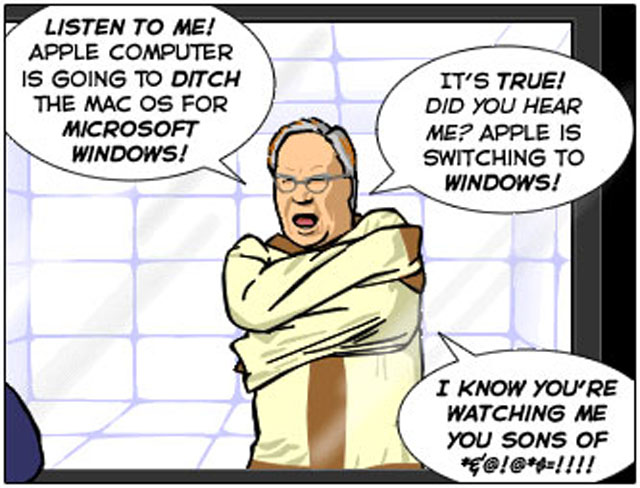 Just recently I posted an entry about John C. Dvorak’s prediction that Apple will drop OS X and go for Windows. Many people think this is impossible, while there are others who think it could happen.

Earlier today, I read an entry by Rob Hyndman that talks about Dvorak’s prediction and includes his own opinions as to why those predictions were wrong.

John C. Dvorak’s recent column in PC Magazine speculating that Apple may soon abandon OSX for Windows created a small firestorm of controversy. (You can also hear him explain the theory on TWiT 42 (“Dvorak’s Lost It”) – the sound in the background is Leo Laporte beating Dvorak with a sneaker.)

So is Dvorak crazy? Or as Mathew Ingram suggests, is he on drugs? Both, perhaps – he’s always been crazy, as far as I’m concerned – crazy, provocative and controversial, now more than ever, and that’s why I’ve been faithfully reading him for – is it really about 20 years?? Only Dvorak would have the nerve to float this one, and he must have swallowed hard when he did. So, while I think he’s wrong and very possibly pharmaceutically over-medicated, I think it’s also worth spending a few minutes laying out exactly why.

Click here to view the full version of the comic.

Myspace Girl is a Cop