Avidemux
Avidemux is a free video editor designed for simple cutting, filtering and encoding tasks. It supports many file types, including AVI, DVD compatible MPEG files, MP4 and ASF, using a variety of codecs. Tasks can be automated using projects, job queue and powerful scripting capabilities. It is reffered to as the closest thing to VirtualDubMod there is for linux.
Homepage

Cinelerra
Cinelerra, the first Linux based real-time editing and special effects system is a revolutionary Open Source HD media editing system. Long developed by Heroine Warrior with vital assistance from LMA, Cinelerra gives you real-time 1080p editing and compositing power on a state-of-art Linux video workstation. Developed for AMD64 OPTERON technology, the LMA CINELERRA system is a powerful and highly productive workstation for adding cost effective hardware and Linux software for Video and film production studios. The LMA CINELERRA system will support SMPTE-292 and SMPTE-259 native 10-bit resolution – the maximum resolution allowed in SMPTE SDI standards on OPTERON. CINELERRA was the first media editing system ported to support the AMD OPTERON 64 bit technology. CINELERRA has a number of effects built into the system including numerous telecine effects, video special effects including compositing, and a complete audio effects system. Cinelerra is featured on the APRO, the first 64 Bit Intellistation ever offered by IBM.
Homepage Other Source

FFMpeg
FFmpeg is a collection of free software that can record, convert and stream digital audio and video. It includes libavcodec (a leading audio/video codec library), and libavformat (a leading audio/video container mux and demux library). FFmpeg is developed under Linux, but it can be compiled under most operating systems, including Windows. The project was started by Gerard Lantau, a pseudonym of Fabrice Bellard, and is now maintained by Michael Niedermayer. It is notable that most FFmpeg developers are also part of the MPlayer project, the VLC/VideoLAN project, plus one member of the xine project, and that FFmpeg is hosted at the MPlayer project server.
Homepage

Jashaka
Jahshaka aims to become a cross-platform, open source, free, video editing, effects, and compositing suite. It is currently in alpha stage, supporting realtime effects rendering, but lacking useful implementations of many features such as the non-linear editing system. It is written using Trolltech’s Qt, but its user interface is written using an OpenGL library to create GUIs.
Homepage

Kino
Kino is a non-linear DV editor for GNU/Linux. It features excellent integration with IEEE-1394 for capture, VTR control, and recording back to the camera. It captures video to disk in Raw DV and AVI format, in both type-1 DV and type-2 DV (separate audio stream) encodings.
Homepage

Pitivi
PiTiVi is an open source video editor, written in Python and based on GStreamer and GTK+. PiTIVi provides several ways of creating and modifying a timeline. Ranging from a simple synopsis view (a-la iMovie) to the full-blown editing view (aka Complex View) which puts you in complete control of your editing.
Homepage

Thoggen
Thoggen is a DVD backup utility (‘DVD ripper’) for Linux, based on GStreamer and Gtk+. Thoggen is designed to be easy and straight-forward to use. It attempts to hide the complexity many other transcoding tools expose and tries to offer sensible defaults that work okay for most people most of the time. Supports title preview, picture cropping, and picture resizing. Language Selection for audio track (no subtitle support yet though). Encodes into Ogg/Theora video. Can encode from local directory with video DVD files
Homepage

If you know of any free, open-source video editing software for Linux, please feel free to leave a comment or let me know so I could add it to the list. 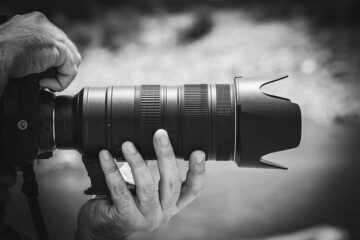 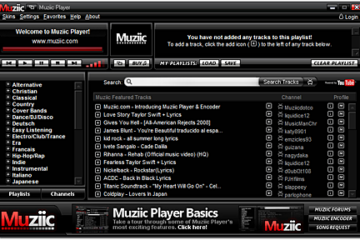