Came across this while I was trying to track down a link referring to my blog from BuzzFeed. I’m not sure who did it or where it was done but apparently, a graffitti artist slash Twitter user decided to “tweet” Just bombin’ a wall on an old, abandoned building’s wall.

Urban art in 140 characters or less 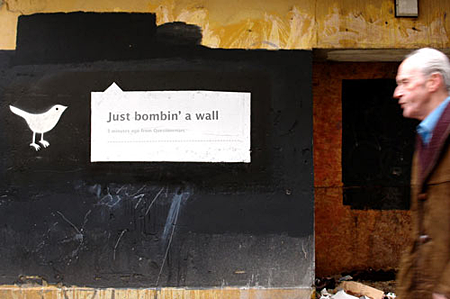 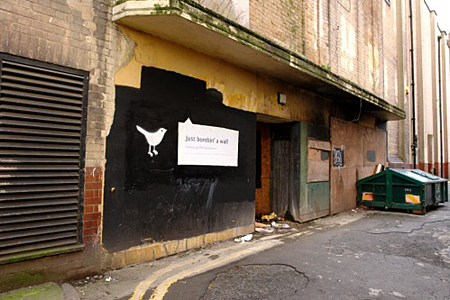 Later in the day, 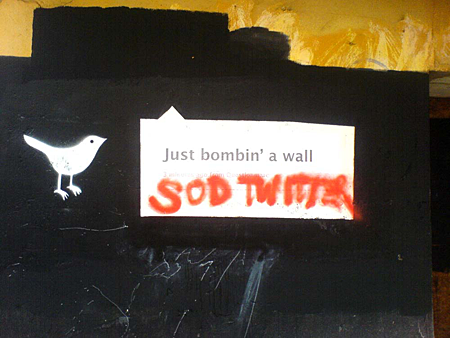 I guess someone who really hates Twitter passed by, saw it and took the time to do this. I think this guy’s familiar with Twitter and its 140-character limit because the original message + the new message is still within the limit. Hehe

Pretty cool huh? The idea is very creative. I’m not sure if there’s been Twitter urban art posted before so I guess this is the first and I’m thinking this is gonna start a new fad. Soon we might see more “tweets” on walls.

What do you think of this Twitter urban art? Have you seen other Twitter urban art before? Should it be considered as art or as graffiti or some sort of vandalism? Please share your thoughts by leaving a comment below.