The hardware of modern smartphones and tablets in their performance has long surpassed the capabilities of a PC 20 years ago. It is not surprising that many studios that retained the rights to cult games of the late 90s and early 2000s decided to make money on their projects again by releasing their re-makes for mobile platforms. Therefore, we decided to collect and share with you the list of interesting old PC games for Android devices. 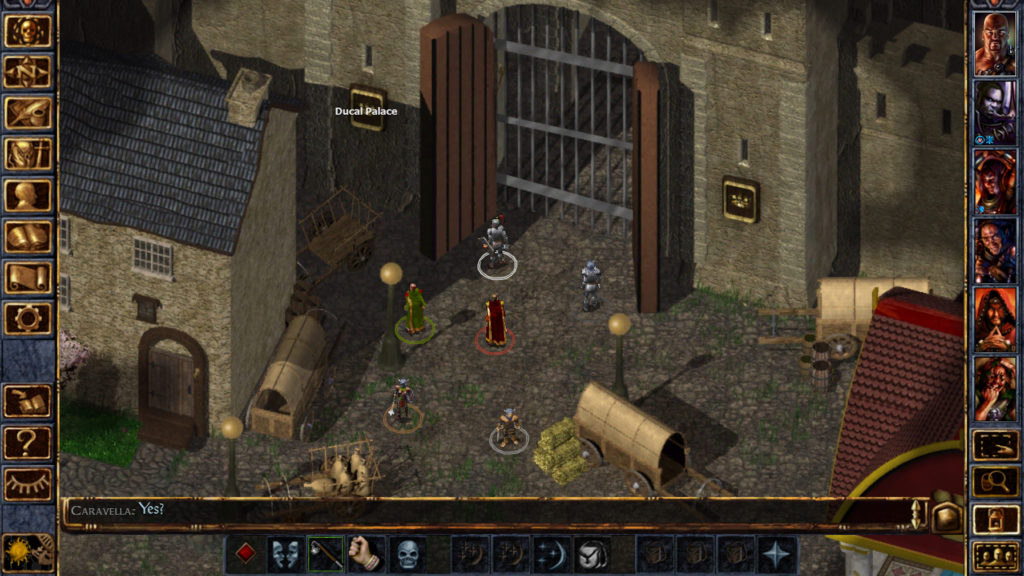 The mobile re-make of the legendary turn-based RPG contains not only the classic storyline campaign but also several DLCs, namely Tales of the Sword Coast, The Black Pits, and Brothers Lost. The Beamdog studio, which released the game on mobile platforms, was not limited to simply porting the original client but made many minor corrections and improvements to the game, such as dynamic zoom and an adapted interface. At the same time, the port completely retained the very atmosphere and gameplay that made BG one of the greatest games of its time.

The game can be called an unambiguous must-have for fans of the franchise (at the same time you can pass the time until the release of Baldur’s Gate 3), but RPG fans who are unfamiliar with the Sword Coast will be interested to join the legend and see how they used to make games back in the 90s. 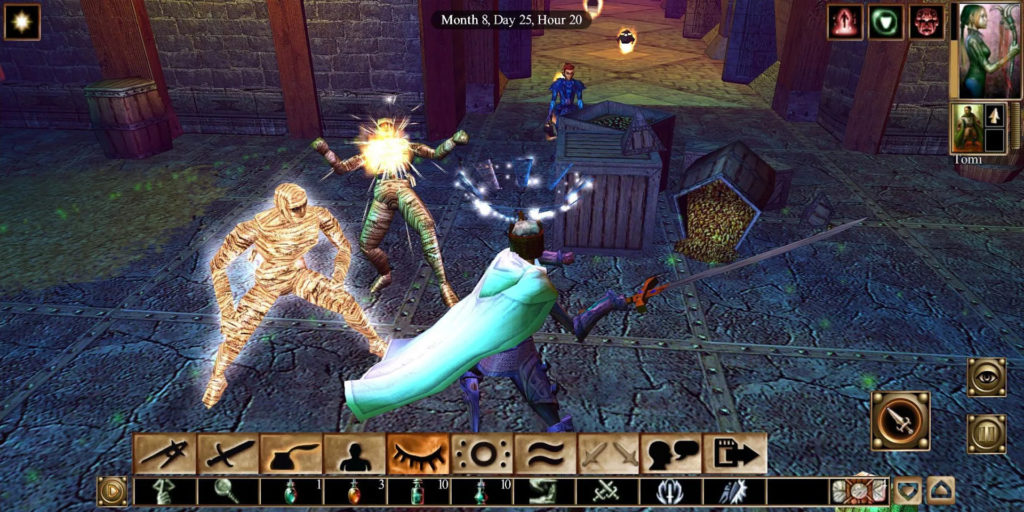 The mobile port of the famous Neverwinter game was able to preserve all the advantages of the original and even make it better in some way. The original game of 2002 was well received in the gaming community, not only because of the interesting plot and addictive gameplay but also because of the well-implemented support for custom modifications. Specialists from Beamdog studio managed the impossible – this mobile port fully supports all the saves, mods, and fan campaigns of the original PC game. Besides, during the work on a mobile version, the studio consulted with the developers of the original game and representatives of the fan community, so the best practices from the best mods were introduced into the project. 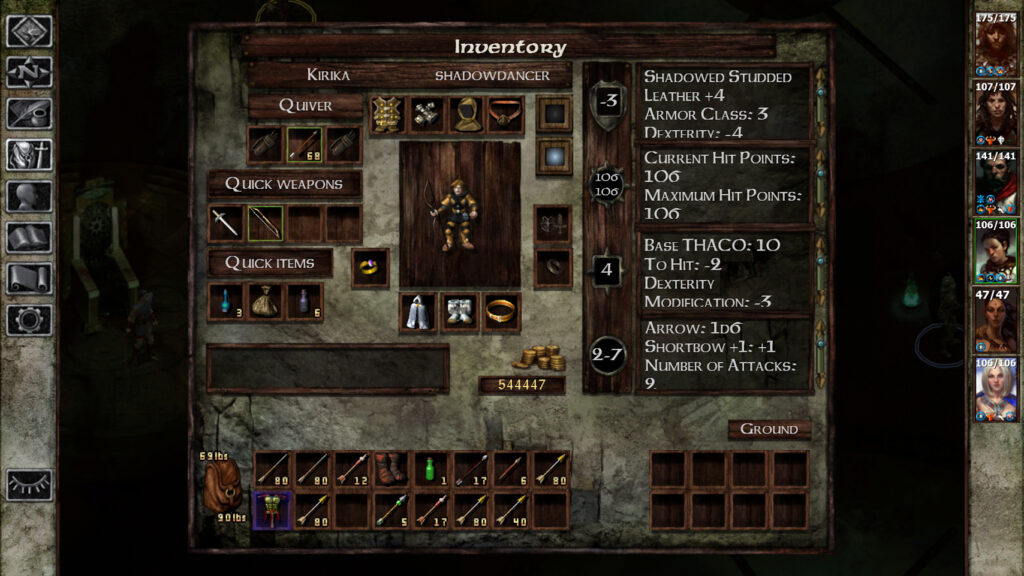 At one time, Icewind Dale could not repeat the success of its predecessor Planescape: Torment, so many RPG fans remembered it only as a kind of forerunner of BG II. As often happens, the problems were largely caused by the limited development time, because of which many quests had to be cut from the release version. Also, the game had not the most convenient interface.

Thanks to the efforts of Beamdog studio, this project is not just a mobile port of the original ID, it is rather how this game should have looked from the very beginning as intended by its authors. In Enhanced Edition, all content cut from the original was returned to the game, and the interface finally became playable. 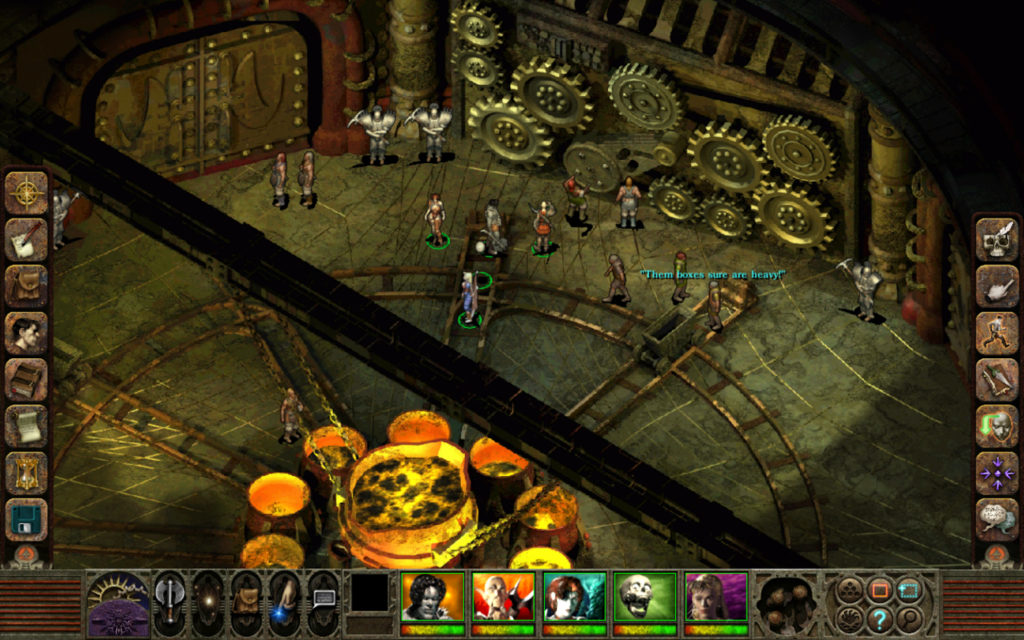 The original Planescape: Torment is considered one of the best RPGs in history, combining an excellent storyline, a unique setting, thoughtful gameplay, and huge character development opportunities. Depending on the chosen style of the game walkthrough, you could clear out almost everything living and nonliving in Sigil and related plans, or go through the whole game without a single battle, avoiding problems with the help of stealth or eloquence.

The mobile port retained all the advantages of the original while correcting some of its annoying problems. A completely redesigned interface will allow you to fully enjoy the legendary game on mobile devices. 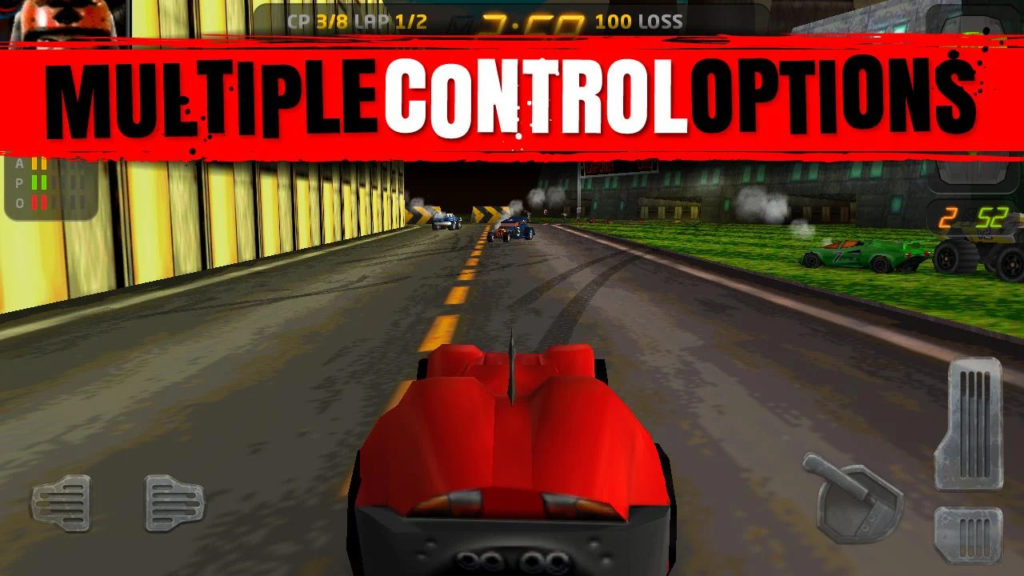 At a time when GTA was a typical top-down shooter with rather dull graphics, speed and bloodthirsty fans had only one opportunity to enjoy fierce racing without rules along the busy streets of the metropolis in full 3D. And although in our times the legendary Carmageddon and the scandals associated with it have already been forgotten, against the backdrop of modern games, the local cartoon brutality seems funnier than frightening, the project still has something to offer even the most demanding gamers. 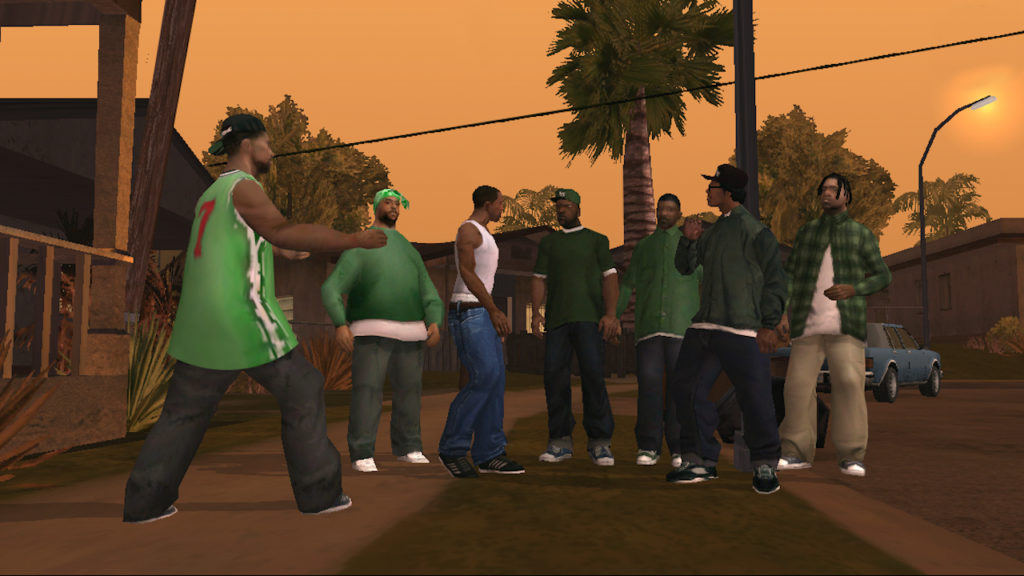 At one time, the story of a simple African-American guy Carl Johnson, who turned a small gang into the largest mafia group in the USA, won the hearts of millions of gamers and caused a lot of scandals. The mobile adaptation of San Andreas is in no way inferior to the original, and the controls in it are even more convenient in some ways (at least it is noticeably easier to set up). For this, it is worth thanking Rockstar Games, which did not give this game porting to third-party studios but transferred its project to mobile platforms on its own. 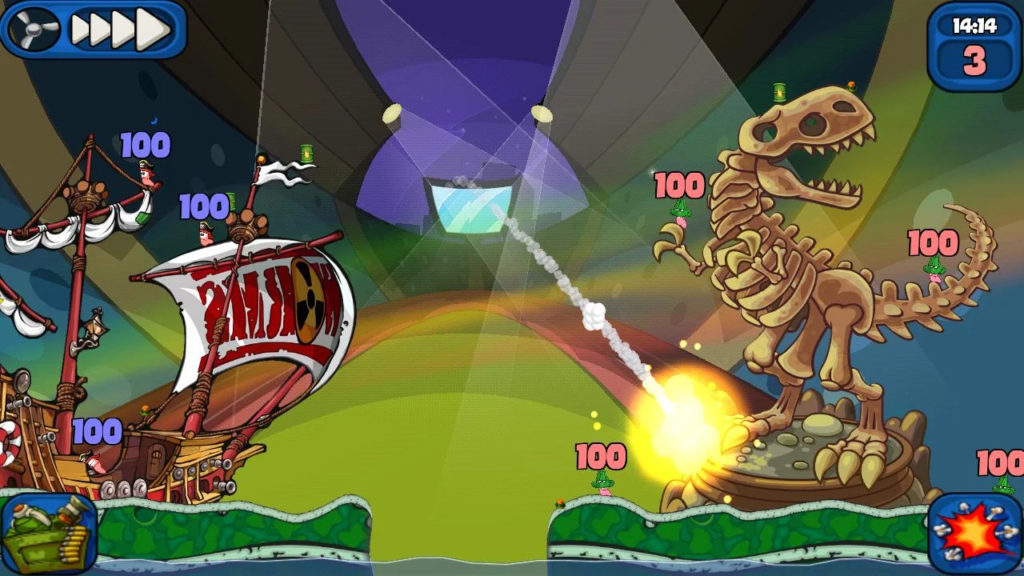 The secret to the success of the series lies in the original humor, completely destructible levels, and the multiplicity of ways to kill opponents. An enemy worm can be shot with a bow/shotgun/pistol / another firearm, detonated with a grenade, chopped with an ax, burned with a flamethrower, covered with carpet bombardment (using real carpets), fragmented with an exploding sheep and even gently poked with a finger (which works well when the enemy stands directly at the water’s edge).

Being re-makes of old large-scale projects, most of them do not involve multiplayer and are monetized according to the direct one-time purchase model. But such games can be played without the Internet. However, if you are looking for adult-oriented games (such as gambling games), you can check out the Casinonic online casino here – casinonic.com/en-AU.