How 5G Will Transform Mobile Entertainment 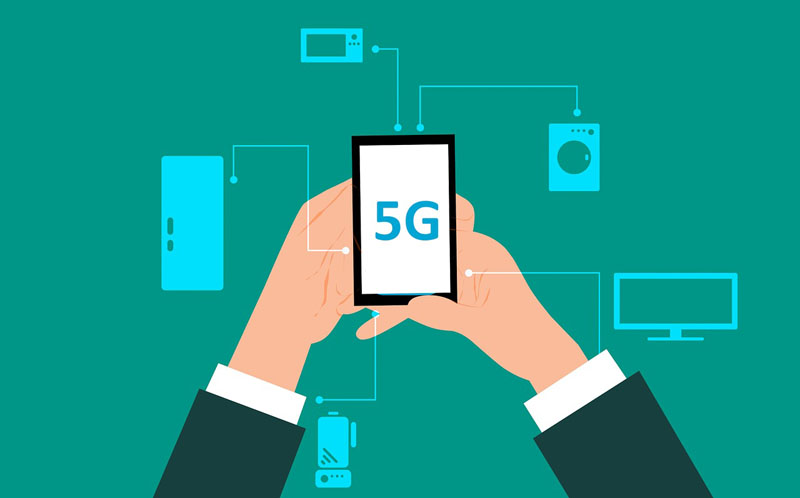 Technological breakthroughs often come in bursts. One thing leads to the next and so on. That has certainly been the case with mobile devices in the last few decades. Now, it looks as if mobile technology is about to make its next big leap forward with 5G.

The fifth generation of cellular network tech may not sound like a big deal to most. It’s just one digit higher than the previous version but the real difference is a lot larger. We’ve been told to expect speeds of up to 100 gigabits per second. That’s around 100 times faster than the current 4G system.

This opens up new possibilities for so many different areas. Mobile technology has been connecting people for decades but the amount of data that can be shared with people on the go is only increasing. 3G and 4G had a major impact on our lives but this next generation will take things even further.

But this isn’t some futuristic pipe dream. The mass rollout has already begun. The mobile phone company O2 launched the network in five cities across the United Kingdom in October 2019. London, Leeds, Belfast, Edinburgh, and Cardiff have all been connected. More cities will surely follow this trend in the coming years with 2020 expected to be the big breakthrough for the tech. Similarly, companies are releasing 5G-ready mobile devices.

5G will help bring about the Internet of Things far quicker than another potential solution like LiFi. This is the idea of connecting everyday objects together through mobile data. It will help with things like self-driving cars, traffic lights that sense and ease congestion, manhole covers that redirect the flow of water when sewer levels are overflowing. It has been estimated that once ultra-fast mobile networks have been rolled out, the Internet of Things will span 125 billion devices within a decade. Sites like Arduino are crucial to this.

It will also impact the way we work. 5G will increase the effectiveness of remote work. If an ultra-fast internet connection is available everywhere, the possibilities for working remotely will increase. Video conferencing and the transfer of huge amounts of data will suddenly become a whole lot quicker and easier.

But that is just one of the numerous industries that will benefit from this technology. Perhaps none of them will benefit early on as much as the entertainment sector. This will open up whole new possibilities for both consumers and the companies supplying them. Let’s take a look at how 5G will affect mobile entertainment.

More and more of us are using their phones as a source of enjoyment. For the first time, 2019 saw people spend more time using their mobile devices than watching television. 5G will only accelerate a decade-long trend.

This is down to one thing: faster and more reliable speeds. Netflix UK has almost 11.5 million subscribers, many of whom enjoy streaming their favourite films and shows on the go. 5G will make this far easier, allowing for higher-quality and more reliable streaming using mobile data.

Similarly, 5G will allow for different kinds of video content. 3D and virtual reality imagery are often far too large to stream over mobile data. This will be a thing of the past, as Bath Spa demonstrated with a unique educational experience using 5G and VR technology in February 2019.

But, of course, another form of mobile entertainment that will benefit from this technology is video gaming. Mobile gaming now counts for almost 50% of the video gaming market and that figure is only increasing.

5G will reduce latency – the delay it takes for an instruction to travel from the device to the network and back. Many games require swift decision-making at times of pressure. Take Betway Casino for example. A user playing blackjack will need to make speedy calls and latency speeds are expected to drop from 50ms on 4G to just 10ms on 5G.

Speeds aren’t the only thing that will be affected. The amount of data that can be downloaded will also change. Gaming will benefit from this through the advent of cloud or online-only gaming. The upcoming Google Stadia will represent a major step forward for cloud gaming but only 5G will make this truly mobile.

The fifth generation of cellular technology is expected to roll-out 2020. It will make it possible for mobile users to transfer mass data on a faster and more reliable network. Mobile entertainment has already been transformed but 5G is the start of something even better.

By  E. Fisher
JaypeeOnline
Share this ArticleLike this article? Email it to a friend!
Email sent!