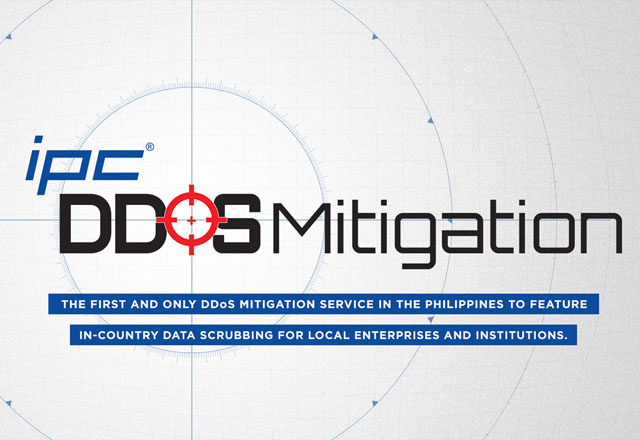 A DDoS attack is a costly form of cybercrime where a large volume of malicious traffic is flooded into a website, causing it to crash. This is a planned and coordinated attack to disrupt the normal function of a website. 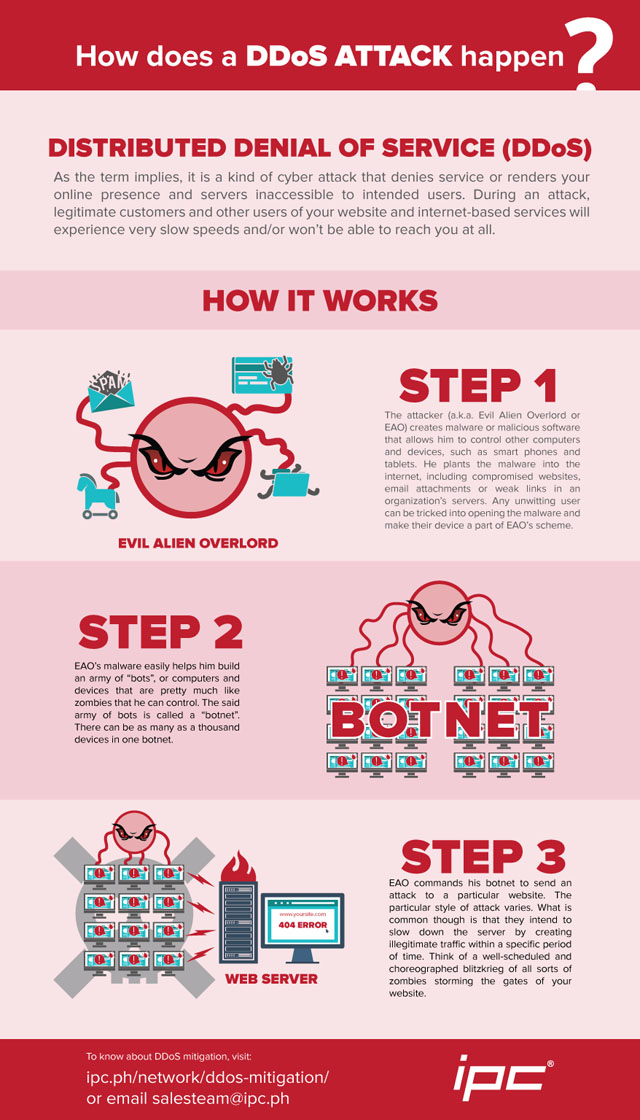 According to the study, the United States, the United Kingdom, and Japan are the top 3 targeted countries. Furthermore, UK-based and Japan-based sites saw a 20.7 percent and 7.4 increase in attacks, respectively.

“DDoS is a serious online crime that cannot be ignored. It warrants a definitive course of action from highly-skilled professionals trained in this type of cyberwar,” stated IPC President Rene Huergas. He added that the Incapsula report is a clear indication of how DDoS poses a formidable threat to businesses in any industry worldwide, including the Philippines.

In the study, it was revealed that there were changes in the DDoS attack patterns during the last quarter of 2015 and a surge in the use of DDoS-for-hire services. A 25.3 percent increase from the previous quarter in terms of frequency of network layer attacks was also recorded.

The longest application layer attack–to date–lasted for over 101 days. The target was a U.S.-hosted website registered to a small catering business. Moreover, a 325Gbps network layer attack, one of the largest to ever be documented, occurred in mid-December 2015.

“Business leaders and entrepreneurs must be vigilant against these attacks, which can cause damage to their companies’ coffers. As the report stated, the perpetrators are finding new ways to infiltrate websites and crash these on purpose,” Huergas pointed out.

Cybercrimes on a larger scale can take its toll on a country where there is a growing need for companies to go online to reach a bigger target market. A recent example is when the National Telecommunications Commission (NTC) website was defaced by hackers claiming to be from Anonymous Philippines. As the group turned the NTC page black, they posted their grievances over the state of the Philippine Internet. The attack went viral immediately, not only bringing to the public’s attention the group’s cause but exposing the vulnerability of the website of a government agency.

Aside from the government, most businesses in the retail and financial industries in the Philippines have an online presence. E-commerce, for one, continues to thrive, attracting customers who spend a lot of time online. Some of these e-commerce sites have advertised aggressively, spending millions for production and tri-media (TV, print, and radio) placements, proof that e-commerce is an emerging industry.

Aside from this, most decision-makers recognize the importance of going digital to grow their business. Indeed, there is a need for effective online safeguards and security measures to prevent DDoS attacks.

The solution to counter these attacks is a sound DDoS mitigation strategy. IPC is the first and only DDoS Mitigation provider in the Philippines to feature in-country data scrubbing for local enterprises and institutions. The facility uses state-of-the-art equipment, manned by mitigation specialists so customers are assured of protection from looming attacks.

“The latest Incapsula study is very useful in disseminating information on the dangers of DDoS attacks. We at IPC have consistently been creating awareness about the existence of this cybercrime in the interest of the public and specifically, the business community,” said Huergas.

IPC is the exclusive partner of Imperva Incapsula in the Philippines since November 2015. Imperva Incapsula is a leading data and security solutions company that protects business entities in the cloud and on-premises. It was ranked number one by Top Ten Reviews in DDoS Protection Services.