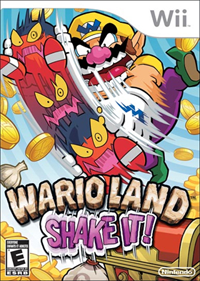 Cool huh? I wonder if there are other YouTube pages that have the same kind of effects as this one. Anyways, if I had a Wii, I’d definitely get me a copy of this game. Any of you guys played or have Wario Land: Shake It on your Wii? How do you like the game?