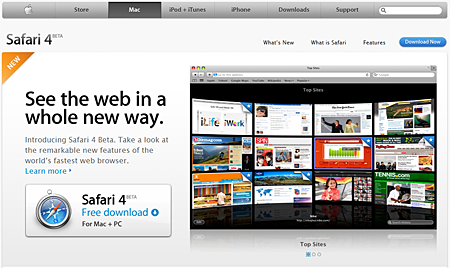 Yesterday, Apple released the public beta version of Safari 4 for both Mac OS X and Windows platforms. According to Apple, Safari 4 is faster and “more innovative” than Firefox, Google Chrome, Internet Explorer and other competing browsers.

I don’t really use Safari that much, only for testing purposes but I went and downloaded/installed Safari 4 just to check it out and see the new features. 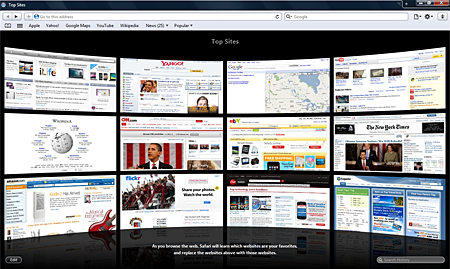 The first thing you’ll notice is Top Sites, which is a visual menu that displays graphic previews of frequently visited web sites. For first time users, Top Sites will be made up of preselected popular web sites like Yahoo!, CNN. YouTube, New York Times, etc. and as you go and use it, these slots will be replaced with the web sites that you frequently visit. 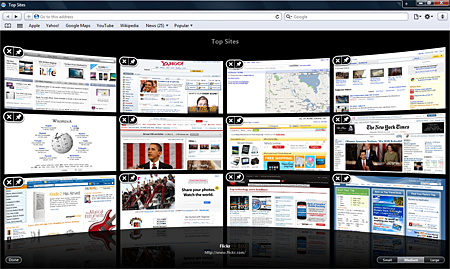 Top Sites is customizable. Clicking on the EDIT button (found at the lower left corner) lets the user remove or rearrange the sites (drag-and-drop style) according to their preference. By default, Top Sites is displayed on medium sized thumbnails and in EDIT mode, you can change the size to small, medium or large. 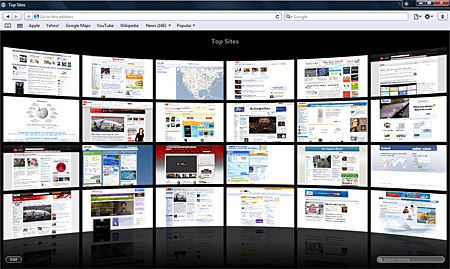 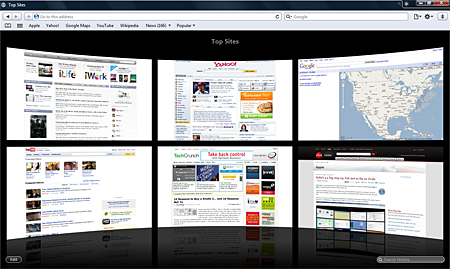 Cover Flow is one of the new features in Safari 4. I’m sure most of you are familiar with it and have seen it in other Apple Products like the iPod, iPhone and iTunes. In Safari, this feature lets you browse through the different web sites listed in the Bookmarks or History of web sites you’ve visited. I noticed that the thumbnail generation in Cover Flow was a bit slow and lagged once in a while. 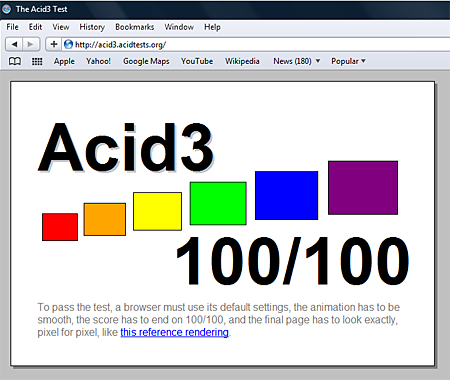 My Take:
So how does Safari 4 compare to other browsers? Prettier? Yes. Faster? Yes. Better? I don’t think so. It is definitely better than its predecessor, the Safari 3 and it lives up to its “Browsing made beautiful. And Smart” tag line but IMO is not better than other competing browsers especially Firefox. But again, this is only a public beta version of Safari 4 so we could still some changes and improvement in the final version.

After trying and testing Safari 4 public beta, I’m still sticking to Firefox as my default web browser for 2 reasons. First, Safari 4 doesn’t have official plugin support (I can’t live without my plugins) and second, Safari 4 is a resource hog. With only 1 tab open, Safari 4 was using up almost double the amount of resources Firefox was using with 10 tabs open.

For those who don’t use plugins and only need a simple and fast browser that has some cool features, you should try Safari 4.

So what do you think of this latest version of Safari? Anyone else installed and tried it on their computer? What’s your experience using Safari 4? What do you like/dislike about it? What features would you like to see added to it in future updates? Please share your thoughts and thanks for your time! 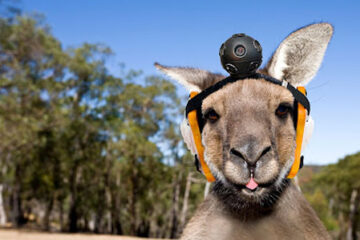 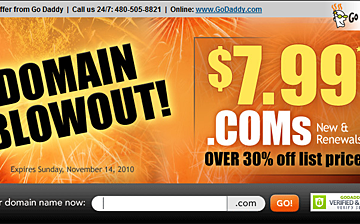 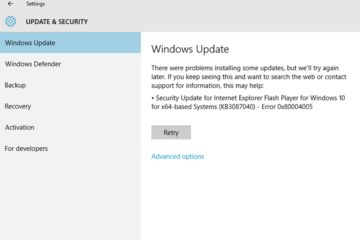