In the past couple of weeks I’ve been experiencing some problems with Firefox so recently I’ve been using Google Chrome more frequently. While in the process of looking for Google Chrome plugins/extensions and tweaks, I came across this flash-based game called the Chromon. It is an adaptation of the popular electronic memory game in the 80’s called the Simon Game into the Google Chrome logo. I’m sure most of you have seen, played or had it when you were a kid. 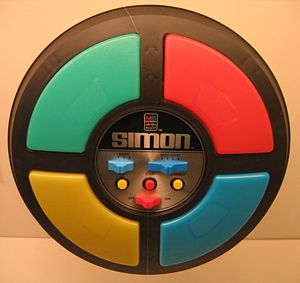 For those of you who aren’t familiar on how the Simon Game works, this Chromon game is played by mimicking the sequence/pattern of colored lights that the computer chooses. The game ends when the human player makes a mistake or when the human player wins (matching the predetermined sequence or pattern).

Below is the Chromon game itself. To start playing just click on Play.

Where did Chromon get its name? Its from the combination of Chrome + Simon = Chromon. This game was created by Roman Cortes, Mr. Doob and Supersole.

Have you tried playing Chromon? What’s your highest score? Please share your experience or thoughts by leaving a comment below.