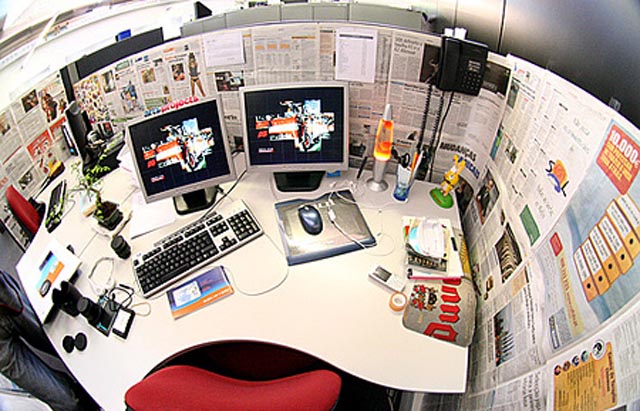 Here’s something funny that I received in my inbox earlier today. Thought it was funny so I’m sharing with it you guys. If you’re a bit stressed or having a rough day, take a short break and read through this. I’m pretty sure you’re gonna feel a bit better afterwards. Enjoy!

Having him show up is like having 2 good men call in sick!

A Forest Killer – Somebody’s who’s able to produce paper, but no answers.

He must have donated his brain to science before he was done using it.

Not only is he not the sharpest knife in the drawer, but he is the spoon in the knife drawer.

Her staircase doesn’t go all the way to the top floor.

She has two speeds…slow and stop!

Did he have an extra cup of stupid this morning?

If you gave him a penny for his thoughts, you’d get change.

Results of a performance review: “I thought this guy’s performance had reached rock bottom, but then he started to dig.”

The wheel’s spinning but the hamster’s dead.

I’ve heard of people having an inferiority complex, but in your case it isn’t a complex.

Not only does his elevator not go to the top, but the cable’s broken.

A “file cabinet wearing a dress” is the way one of our members described one particularly “unbusy” woman.

And in an Information Systems department, one of our members had a term they used for clueless users with silly complaints. They’d call them: ID ten T errors (ID10T better spelled IDIOT!)

Hope you guys liked it and that it made you laugh even for a while. I know this has a part 2 but I still have to look for it. I’ll post it as soon as I find it.

Am I A Blogaholic?