Here at JaypeeOnline, most of the stuff we review are electronic devices but once in a while we also feature some that aren’t. These gadgets could be accessories for electronic devices like the Etch A Sketch iPad Case, the Pressy Android Button or the Cyber Clean Electronics Cleaning Putty.

Today, we’re glad to share with you another non-electronic gadget that many of you would most likely be interested in or love to have. We’re talking about the Keysmart premium pocket organizer and key holder. This gadget was the brainchild of Michael Tunney and it was launched as a Kickstarter project back in May 5, 2013. It was a huge success, bypassing the set goal of $6,000 and reaching a total of $329,862 thanks to 8,900 backers.

The Keysmart was created/invented with the idea of solving the problem of having to deal with bulky and noisy keys that is common when using a regular keychain or key ring. It is made from high-quality materials with the frame being crafted out of aluminum and other parts milled from stainless steel. Check out the video below to see how this awesome tool is made.

We reached out to the folks at Keysmart and they were generous enough to send us a unit that we used for this review. 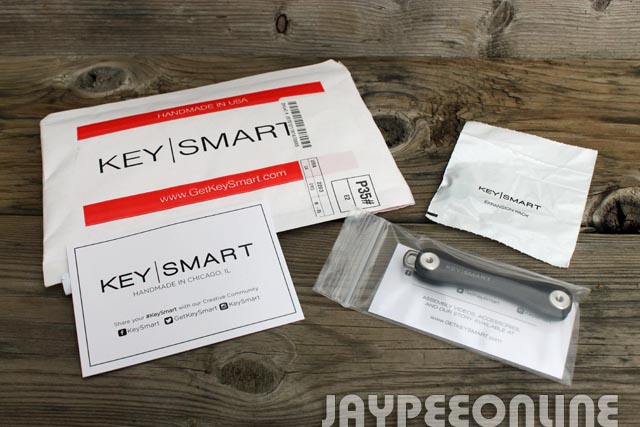 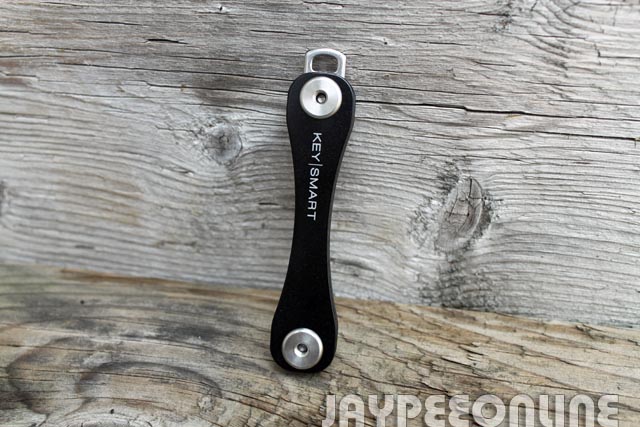 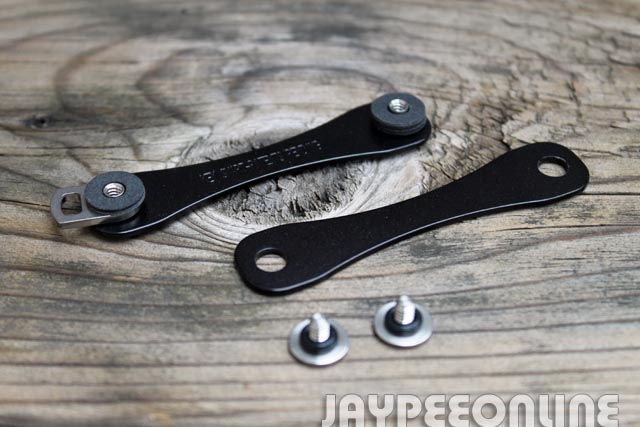 Keysmart with 2 keys and the expansion pack (expansion screws & spacers) 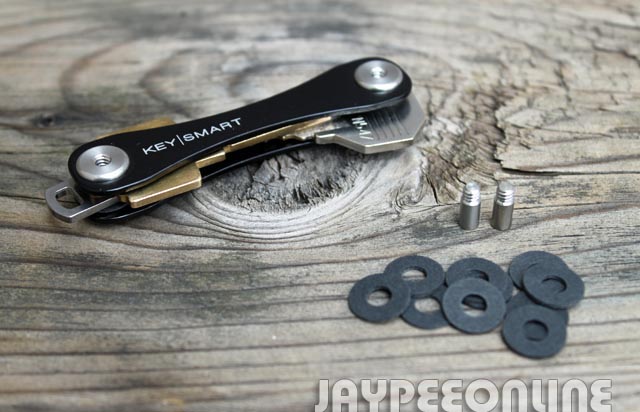 Size comparison with an old car key and the Kingston DataTraveler HyperX 3.0 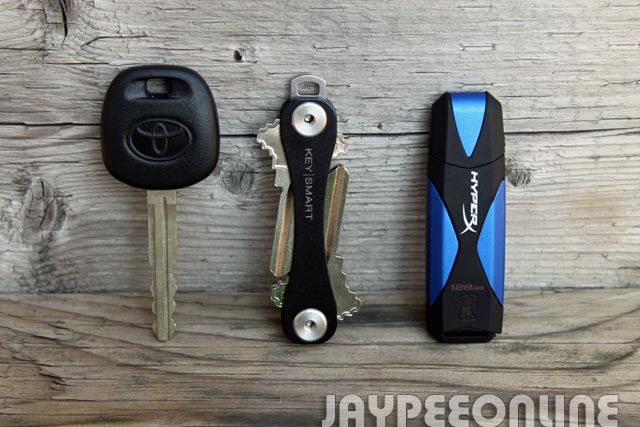 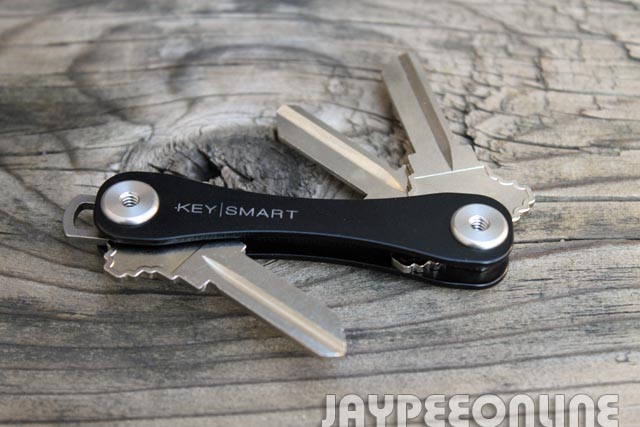 When you first receive the Keysmart, you will have to disassemble it first before you can set up your keys. You can use a screwdriver or a small, thin coin to unscrew the 2 screws that hold the mainframe together. You can use the video below to guide you through the process.

Assembling and disassembling the Keysmart is quick and simple. However, in my case, it took several tries for me to put it together because I have unsteady hands, and the keys and the frame kept coming apart whenever I bumped it with my fingers.

By the way, the Keysmart isn’t limited to just being a key holder/organizer. There are other accessories that you can purchase from their website such as a bottler opener, golf divot tool, nano tools (wrench, ruler, socket, belt clip, dangler) and USB drive (8GB, 16GB, 32GB & 64GB options) just to mention a few. It is is available in 8 different colors – blue, black, red, green, purple, orange, slate and pink.

How do I like the Keysmart? I like it very much! I think of it as my Swiss army knife of keys. I like how it’s lightweight and compact and how it made my keys neat looking and organized. My keys are no longer bulky or noisy and don’t poke me whenever I keep it in my pockets.

The most number of keys I tried on the Keysmart was 8 keys (made possible by the extension pack) and with that setup, the keys were still easy to access, it wasn’t too heavy and still compact to fit my pockets. After trying out different times, I’ve determined that the best setup is to tighten the screws just enough that the keys and accessories don’t wiggle or move around but not too tight that it would be very difficult to take out the keys.

Also, it’s important to keep in mind that this device is designed for regular sized keys and not for custom keys or keys that have bulky heads (like some luggage or padlock keys).

The only issues that I had are the following: First – it took me a while to get used to the Keysmart and it was a bit awkward at first. Second – I had a hard time trying to access my keys when I had one hand holding stuff like a bag of groceries. Third – The looped piece (the part that you attach to your main key holder, car keys, or other accessories) which you insert together with your keys into the Keysmart should be attached or built-in to the mainframe. With the current design/setup, the loop piece moves around whenever you try to access a key that’s attached to the same ring as the loop piece.

These are minor issues that I came across during my time using and testing the Keysmart. I’ve learned how to cope with the one-handed use and the loop piece moving around so even if I purchased the Keysmart, these are just minor issues that I can deal with and will not make me consider to return the unit because the advantages outweigh the disadvantages. I even plan on purchasing some extra accessories like the nano socket, nano wrench, and belt clip. Overall, I’m still happy with my Keysmart and I will recommend it to my family and friends.

They offer FREE shipping to the US for orders over $25 and International orders over $45. They also offer a 21-day return (refund or exchange) policy and provide custom engravings for orders of 50 pieces or more.

Thanks to the folks at Keysmart, we will also be giving away 3 Keysmarts to our readers here on JaypeeOnline. I will be announcing and posting the giveaway in a separate post next week so watch out for it.

Anyone here who purchased or plan to purchase a Keysmart? What are the features you like or dislike about it? How’s your experience using Keysmart? Please share your thoughts by leaving a comment below.

DISCLOSURE: The unit used in this review was provided by Keysmart but the content and opinions expressed here are my own. 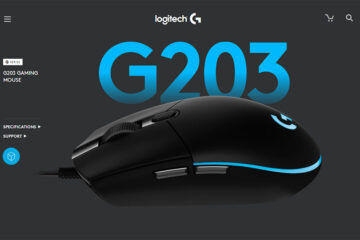 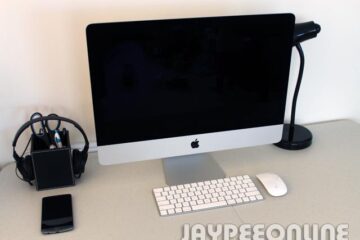 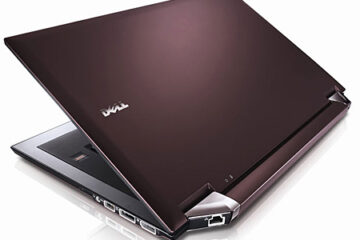