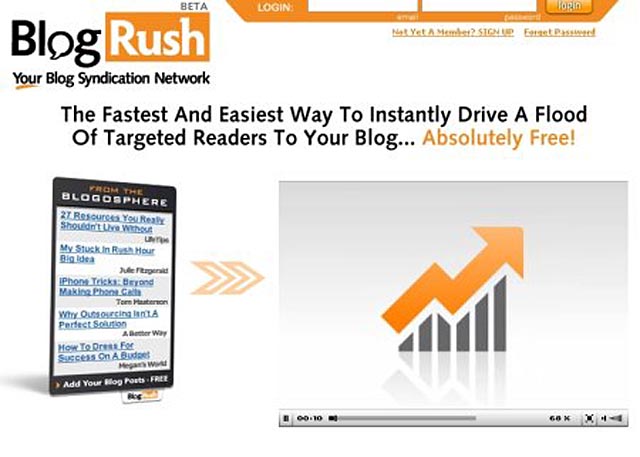 BlogRush is a “Cooperative Syndication Network” that rewards its users for their contributions to the network — from the impressions they provide of the BlogRush Widget to the referral of other users through 10 ‘generations’ of activity and the impressions of the widget that they provide. BlogRush was designed to be incredibly viral and to provide its users with tremendous distribution leverage to receive exposure for their blog content (onto related content blogs) that they could never achieve on their own; at least without a massive advertising budget.

BlogRush users earn “syndication credits” (the right to have their blog post titles shown inside a widget on another related blog) based on their own traffic (loads of the widget) as well as the traffic of other users they refer to BlogRush. Users can automatically refer others to join via special links on the widget, as well as through the promotion of a special referral URL they are given.

To make it short and simple, this new blog syndication network helps bloggers get more traffic and readers for their blogs for FREE! It’s like a multi-level marketing scheme for bloggers. The more traffic your blog has + the more people you refer to it = more traffic and readers you get for your blog. Btw, once you sign-up and join, you’ll have to add a piece of code to display the widget. You can see it in action on my sidebar.

It sounds really promising and the idea of getting more traffic and readers is too much to resist so I’m gonna try it out and see if it works. Why don’t you give it a try yourself. It’s totally free so you have nothing to lose. If you’ve already joined Blogrush, I’d love to hear your opinion. Does it work for you or not?

So what do you guys think about it? Anyone else joined this new cooperative syndication network? Please share your thoughts by leaving a comment below. 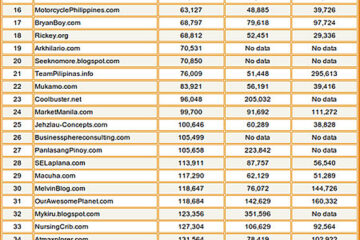 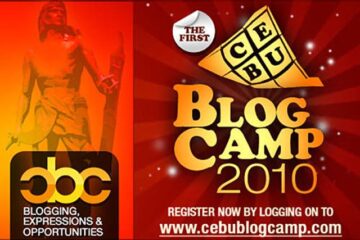 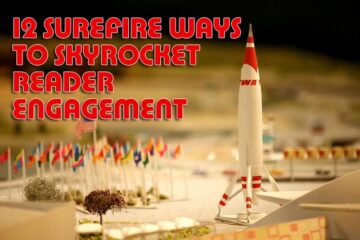